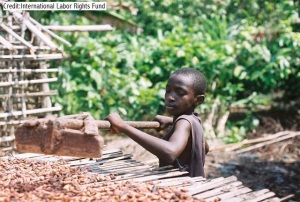 You might be wondering, what does “Fair Trade” mean and why should I care about it, especially at Passover? The holiday is an opportunity to re-examine the enslavement of people in our food supply chains. The majority of cacao is grown in West African countries, such as Cameroon, Ghana and Cote d’Ivorie. Hundreds of thousands of children—sometimes as young as five—work in the fields where they are exposed to pesticides and perform strenuous work. Some of these children are enslaved and 40% of them don’t go to school.

Fair Trade grown, harvested and processed products, such as cacao, are done without child labor. The adult workers are paid fair wages and provided good work conditions. It’s a model that provides economic empowerment to individuals and local communities, is more environmentally sustainable and encourages smaller-scale agriculture and food production. This makes final products that are sweeter for both consumer and workers. 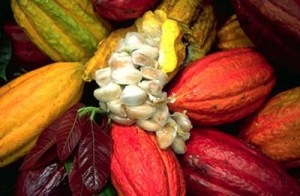 Enter by simply writing a comment about what Fair Trade kosher chocolate means to you for Passover, below (US residents only) by March 20, 2015. FTJ will choose a random winner who will receive the package before Passover.

Submissions include permission for their comments to be used publicly. I strongly support the work of FTJ and haven’t received any compensation for this give-away. The product was donated by FTJ.

And whether or not you win, check out FTJ resources to “Fair Trade” your Passover.

Congratulations to the winner, Joanna Arch!