Toldot shows us the darker dynamics that can occur between loved ones, especially when one negotiates in less-than-transparent ways. Rebecca and Jacob’s prayers for a child are answered with the birth of her non-identical twin boys, Esau and Jacob.

A famished Esau encounters his brother Jacob enjoying lentil stew. Esau pleads with him to give him some stew in exchange for his birthright, to which Jacob agrees.

We are living in an era now where a different type of deceit happens for people’s birthright–farm land–through land grabs. There’s a lot at stake. The global food economy is a $6 trillion/year system. “The world produces more than 1 1/2 times enough food to feed everyone on the planet.”

Seventy percent of our world’s food is grown by family farmers on 25% of the world’s farmland. Despite this being the UN declared, Year of the Family Farmer, land grabs continue to  happen around the world, including here in the United States.  When small farmers enter into negotiations with large corporations they are doubly disadvantaged. They don’t always understand what they are transacting, and they are sometimes made to believe that selling their birthright is the only option open to them. Similarly, Esau didn’t understand the value of his birthright and Jacob had leverage over his brother. When farmers today realize they lost their birthrights, they are upset like Esau. Farmers are unwittingly duped into selling their fertile lands to multinational corporations in exchange for “gifts,” they’re being illegally evicted, their land is bought by unknown investors acting on behalf of outsiders who want to extract minerals or to grow export crops and/or fisheries are privatized.

Multinational corporations, Wall Street investors, the World Bank and governments’ that argue that their policies, investments and programs will help to solve the world’s hunger crisis are actually destroying family farmers, making land and agriculture a commodity for investors, driving up the cost of food, increasing the amount of food for livestock and creating a greater number of unemployed rural labor. They are not solving hunger.

Rather, as Eric Holt-Gimenez, Executive Director of Food First said recently at the Terra Madre conference, “hunger is caused by exploitation and injustice, not scarcity. The solution to hunger is to ensure sustainable, dignified livelihoods for the people who already produce 70% our food.”

As Ruth Messinger of American Jewish World Service writes, “let’s heed the advice that knowledge lives with people on the ground — not within the bowels of bureaucracies.”

American Jewish World Service is working with local groups in Africa, Asia and Central America to “empower communities to protest exploitative development conducted without their consent and to protect the land, water and natural resources that they depend on for survival.” 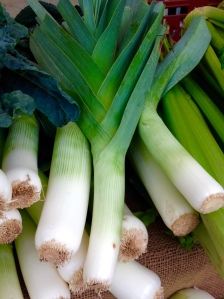 Diane Bloomfield taught this week that Toldot can be translated as the history, generations or stories. Farmers have an intimate relationship with their land; they are able to share their farming wisdom and stories from generation to generation. Unfortunately, we live in a physical world that has deception. As Diane explained, we created an external world with justice but humans cannot live in such a world 100% the time. However, these injustices create the need and room for chesed (lovingkindness). Chesed is drawn into the world because of our actions.

Rabbi Jonathan Sacks writes that Jacob suffered because of his behaviors and later he and Esau reconciled. He writes that, “we learn by making mistakes. We live life forward, but we understand it only looking back. Only then do we see the wrong turns we inadvertently made. This discovery is sometimes our greatest moment of moral truth.” International agricultural policies are tainted with deception but there’s an opportunity to examine the consequences and to imbue them with chesed.

The dish I prepared this week is adapted from a recipe originally on 101 Cookbooks. I call it Liar’s Lentil Stew and it’s inspired by the lentil stew that Jacob offered in exchange for Esau’s birthright. It’s made with red lentils to represent the color of the stew as described in the parsha, the hairy red color of Esau at birth and his becoming the father of the Edomites (Adom in Hebrew means red). Star anise is included because God said to Isaac in Toldot, “I will make your heirs as numerous as the stars of heaven” (26:4). It’s a hearty, nourishing dish that is especially warming and comforting in late November. 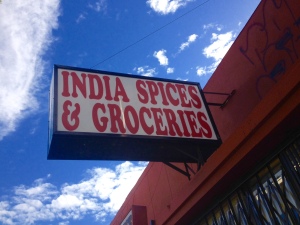 Neighborhood market where I purchased star anise and lentils

Preheat oven to 425F. Scrub the outside of the squash and massage with olive oil to prevent drying. Scrub yam and wrap in tinfoil. Roast for approximately 45-60 minutes. Remove from oven and let cool before removing insides (save seeds to roast for a great snack).

In the meantime, in a medium saucepan, combine the lentils, ginger, star anise and water. Simmer until tender, about 30 minutes. Add 1 teaspoon salt.

Remove the star anise and ginger coins from the lentil sauce pan, then add the lentils, lentil broth, yam and squash to the vegetables in the stock pot. Stir well and cook for another 15 minutes or so, allowing the flavors to blend. Add pinch of red pepper flakes or schug.

8 thoughts on “Toldot: Negotiating for Lentil Stew and More”