This week’s Torah portion, Ki Teitzei, contains several teachings about the treatment of animals. It includes the prohibition against taking eggs or baby chicks from a nest while the mother is there, which has become the basis for the prohibition of cruelty against animals (tzaar baalei chayim). Indeed, for the person who does this, it is written “it should be good for you, and you should lengthen your days.”

Indeed, the notion of preventing cruelty to animals was, until recently, unheard of, except in Torah. “‘Until the nineteenth century,’ wrote historian Cecil Roth, ‘cruelty to animals was nowhere illegal, except in Jewish law'”. (The Jewish Contribution to Civilization, pp. 343f). Rabbi Gershon Winkler, in commenting about the mother hen and baby chicks passage, argues, “The Torah is not interested in teaching you to feel compassion, but rather how to live compassionately.”

Rabbi Jill Jacobs writes, “Beyond simply prohibiting cruelty to animals, Jewish tradition associates care for animals with righteousness.”  She cites (Proverbs 12:10): “A righteous person knows the needs of his beast, but the compassion of the wicked is cruelty.” 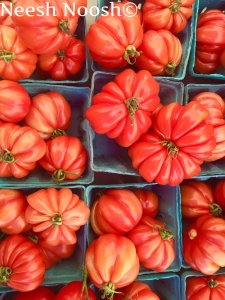 As a society, we have made significant strides to stop animal cruelty. Treating pets humanely, adopting animals from shelters, not experimenting health and beauty products on animals, and protecting endangered species, are all examples of how animal welfare practices have become integrated into our society.

I had the opportunity to meet with two women who founded Freedom Farm, the first farm animal sanctuary in Israel. Reducing one’s meat and dairy consumption and opting for a plant-based diet continues to grow. Israel has the highest number of vegans per capita in the world. Countless restaurants and homes are now “Meatless Monday.” Reducetarian, the Humane Society of the US, and Jewish Vegetarians of North America, also offer great information about animal welfare and easy vegetarian recipes. 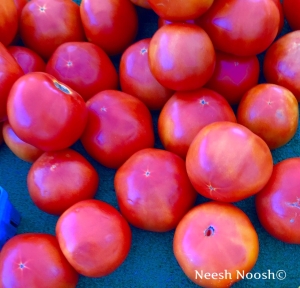 On the flip side though, there are plenty of examples where animals ARE cruelly treated but their pain, suffering and unnatural living conditions are ignored and/or believed to be  “normal.”

It’s not acceptable or normal for 10 billion animals to be slaughtered in the US annually, to raise animals for food on industrial farms where they are packed into feedlots (98% of kosher meat, according to Jewish Vegetarians of North America is raised on industrial farms), for animals to live their lives doing tricks in a circus ring, to kill elephants to make trinkets from their ivory tusks, or for wild animals to be confined to zoos, aquariums and marine parks. There is still much we can each do to provide for humans while also living compassionately and acting righteously towards all animals.

The dish that I prepared this week is symbolic of the hen’s nest, filled with eggs. Delicious  tomatoes and corn are still in season. This incredibly simple recipe is an opportunity to savor the fresh, sweet taste of summer. 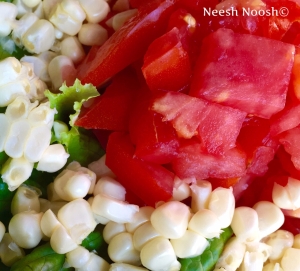 Preparation
1. Wash and trim ends off of lettuce. Arrange the lettuce on plates in a circle, like a nest.

3. Place a handful of tomatoes and corn in the middle of the plates, on top of the lettuce. Drizzle with olive oil and a pinch of salt and pepper to taste.