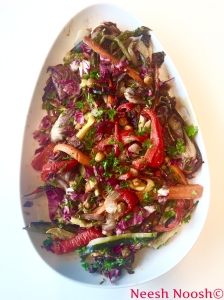 A version of this post and recipe originally appeared on the Borough Market website. The market was established in 1014 (yes the date is correct!).

Lag b’Omer begins tonight at sundown tonight. It is the date of the passing of Rabbi Shimon Bar Yochai, a Jewish scholar and mystic who lived from 100-160CE. His commentaries and teachings are part of important Jewish texts about law, ethics and mysticism. He wrote the Zohar, the foundational text of the Jewish mystical tradition known as Kabbalah.

He defied the Roman Emperor Hadrian who persecuted Jews, closed all Jewish schools and forbade the study of holy texts. To avoid execution by the Romans because of his disobedience, Rabbi Shimon and his son, Elazar, hid in a cave for 13 years in the village of Meron, northern Israel.
END_OF_DOCUMENT_TOKEN_TO_BE_REPLACED 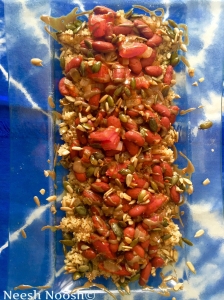 Iyar-the second month in the Jewish calendar–is a connector month, between Nisan (Pesach–the exodus and establishment of the nation of Israelites) and Sivan (Shavuot–the receiving of the Torah).  Rabbi Adin Steinsaltz writes that Pesach “asks us to stop walking the old, familiar paths, and to create change within ourselves and in our relationship with others and with the world.”

Such a process of introspection and healing doesn’t end at Pesach but rather begins. Iyar is a time to sow the seeds of our personal and communal transformations that were planted at Pesach through our liberation from slavery and to prepare for receiving the Torah in Sivan. It “is the month of introspection for the sake of self improvement.” Liberation does not mean one’s journey is complete. And, such a journey is not done alone.  Iyar is known as a healing month.  The acronym of Iyar is represented by the phrase, “I am G-d your healer” (Exodus 15:26). (The manna the Israelites received from G-d during their time in the wilderness first appeared in Iyar, solidifying their reliance on G-d to survive.) END_OF_DOCUMENT_TOKEN_TO_BE_REPLACED