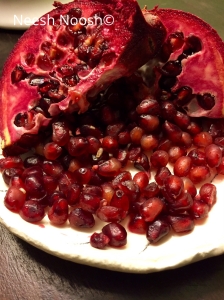 I can’t believe I’m writing my third Rosh Hashana post on Neesh Noosh. I’m not sure what I’ll be writing for the coming year, but do expect more posts from me. I’ve been slowly working on putting things together for a cookbook, which I hope will eventually become a reality. Thank you to all of you for reading the blog and your comments and questions. Below is a round-up of Rosh Hashana recipes that you might want to include at your table. I hope you all have a wonderful Rosh Hashana celebration filled with delicious apples dipped in honey from a local farmer and a year filled with bountiful, healthful local foods. L’Shana tova!

END_OF_DOCUMENT_TOKEN_TO_BE_REPLACED 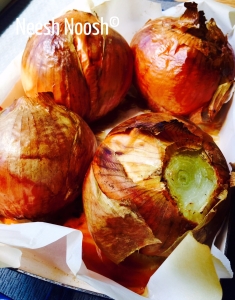 I received a basket of enormous, homegrown onions from a family friend. Layers of thick dirt muted the rich golden tones of the onions. Each one had just been picked and a mass of dried out, dusty stalks, like wild hair, was sprouting from the bulbs.  I wasn’t sure what to do with so many onions until I read this week’s parsha, Matot-Massei.  I prepared a simple roasted onions side dish. These concentric circles of onion are delicate, rich in flavor and easy to prepare. This week I offer many different thoughts about the onions and how the dish relates to themes in the parsha. END_OF_DOCUMENT_TOKEN_TO_BE_REPLACED 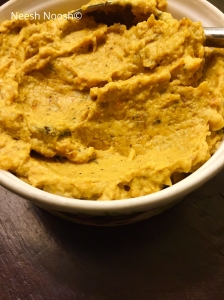 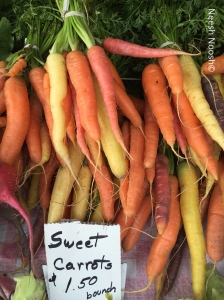 It’s a monumental task for a human to transcend one’s own pain and suffering to find God in the experience and to  reconcile with an oppressor. Joseph could have lived his life with a hardened heart, punishing his brothers for what they did to him. But, he choose a different path that offered an open heart. Rabbi Peretz continues that Jacob explained, “My life has unfolded in a way that I could do God’s work. . . . It’s not about me and it’s not about all of you, but about the goodness and blessing of the life we have been given.” END_OF_DOCUMENT_TOKEN_TO_BE_REPLACED 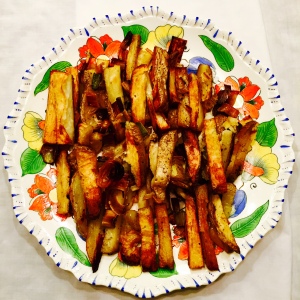 In Vayishlach, Jacob wrestles with an unknown force in the night. At dawn, Jacob’s foe wants to leave. But, before letting him go, Jacob  demands a blessing from him. He replies by asking Jacob his name and responds, “your name shall no longer be Jacob, but Israel, for you have striven with beings divine and human, and have prevailed.”  Afterwards, Jacob realizes he had been wrestling with God. So, “Jacob named the place Peniel, meaning, ‘I have seen a divine being face to face, yet my life has been preserved.'” 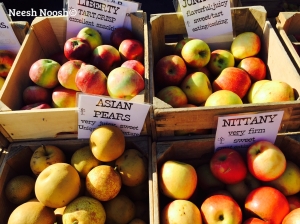 Prior to this event, Jacob was dishonest and deceptive.  The wrestling is transforming, not just in name but spiritually.  Rabbi Brad Artson writes in The Bedside Torah, “through the process of introspection, remorse and a commitment to confront his own failings, Jacob is able to make himself into a better, more empathetic individual.” This is also about Jacob doing the “right thing.” The Sefat Emet taught, “this may be an account of Jacob’s wrestling with his conscience, torn between his human tendency to avoid an unpleasant encounter and the divine impulse in him that urges him to do the difficult but right thing.”

Jews wrestle with moral questions including those about food and agriculture issues. For example, what does or should kosher mean in the 21st century? Is junk food worthy of a hecksher (kosher certification)?  Should an animal raised under inhumane conditions but slaughtered by a shochet (ritual slaughterer) be deemed kosher? Why aren’t all GMO crops considered treyf (not kosher)? END_OF_DOCUMENT_TOKEN_TO_BE_REPLACED 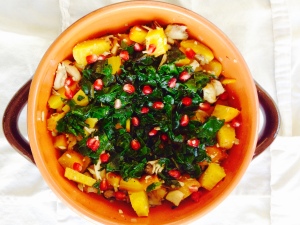 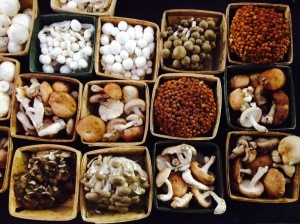 In the parsha we learn that at Avraham’s request, his servant journeyed to find a wife for Isaac, bringing ten camels with him. The camels were brought to a well where the women of the town collected water each evening. As Rabbi Shai Held notes, Rebecca offered the camels water without the servants prompting. “She is so kind that she does more than she is asked, and beyond her concern for people, she cares also for the needs of animals.”  END_OF_DOCUMENT_TOKEN_TO_BE_REPLACED